The granting of tenure should be a chance to recognize hard work and a commitment to the teaching profession. It follows then that tenure protections must be earned and only awarded to teachers who have proven to be effective in the classroom.

Until recently, that was rarely the case in much of the country. A 2011 survey of teachers found that most perceived the award of tenure as “just a formality” that had “very little to do with whether a teacher is good or not.” However, New York City revamped the system in 2012 to make it more challenging for educators to receive tenure, and this in turn has led less effective teachers to voluntarily exit the school system. In 2015, New York State tied tenure to teacher evaluations. These moves to make tenure meaningful honor our work as educators by treating tenure as the valuable milestone that it is. We need to continue to build off the work New York has started and ensure tenure process is further strengthened to make it a significant professional milestone for all teachers across New York State. 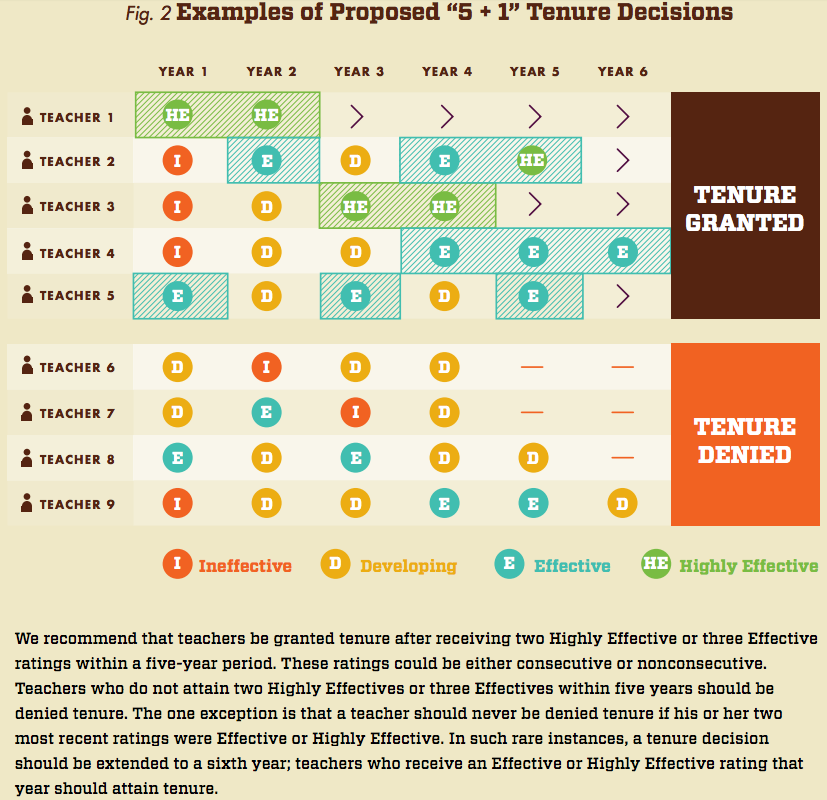 We recommend teachers receive tenure after being granted two “Effective” or “Highly Effective” ratings within a five-year period.

About the Teacher Action Team

We are a team of 10 educators who met regularly to review the research on tenure and due process. We spoke with experts in the field, and discussed differing perspectives in order to create a set of actionable, New York–specific recommendations.