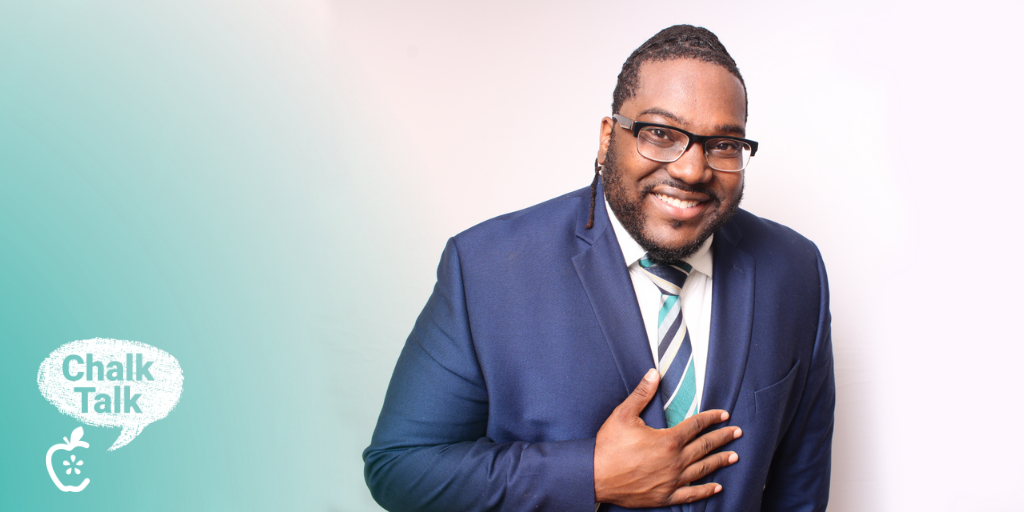 If we learn anything from this pandemic, E4E-Boston member and high school English teacher Tyrell Adeyemi says, it’s that we all need to feel supported and seen. That includes students that have been dealing with fear and trauma related to illness, family job loss, and police violence.

Amid national conversations on police brutality and calls to defund the police, educators like Tyrell are taking a stand to advocate for the removal of school resource officers in schools and to reallocate funds to socio-emotional supports so that students -- especially Black and students of color -- can always feel seen and heard, as they should be.

“The symbol of police and metal detectors in schools sends a message to students that ‘society believes that you and your community are dangerous,’” says Tyrell. “Instead of what message schools should send: ‘society values you.’”

“Police and metal detectors in schools send a message to students that ‘society believes that you and your community are dangerous', instead of the message schools should send: society values you.” -#E4EBOS member Tyrell Adeyemi

Research shows that Black students are disproportionately arrested in school compared to white students, despite little to no evidence that suggests Black students exhibit higher rates of misbehavior. This leads Tyrell to declare: we are long overdue for a solution to school safety in lieu of police in school buildings.

“Kids can bring trauma that they didn’t mean to bring into the classroom and hallways with them, which will only be heightened next school year,” says Tyrell, who believes relationships are key. He has built trust with his students, which helps him use restorative justice measures, such as talking it out, getting to the root cause of a students’ problem -- like bullying -- and helping them solve it.

But that may be hard to accomplish, he says, if a student doesn’t feel mutual trust or feel safe so they are willing to share in their school environment. Calling SROs is often counterproductive, Tyrell believes, because they are many steps removed from students and therefore have less understanding of who they are and what they need.

“I’ve seen SROs arrive at a classroom how they would arrive at a scene on the street, and they aren’t accounting for any other factors that kids present,” mentions Tyrell, who has witnessed SROs acting as disciplinarians across districts in which he worked.  Too often, he says, SROs appear to decide that a situation will end in consequences before even interacting with a student.

Although he acknowledges that SROs go through sensitivity training, that is only a stamp on a piece of paper if it is not being practiced daily. That’s troubling, as new research suggests SROs hold biases against students of color, which may make them more likely to respond with inappropriate force or punitive discipline, and potentially why there is no conclusive evidence that their presence makes schools safer. 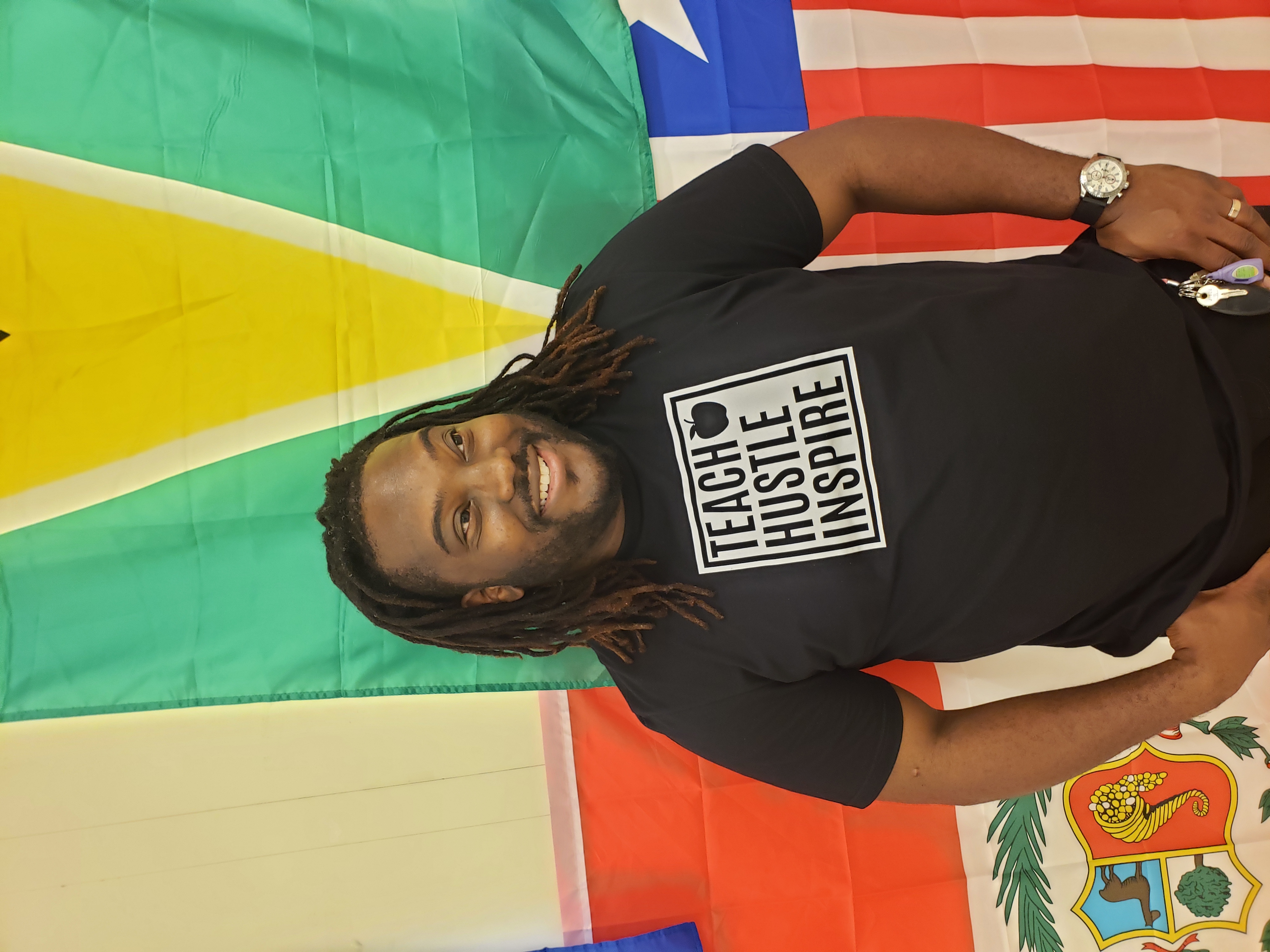 For example, Tyrell says, in a situation where a Black student is unwilling and a white teacher's immediate reaction is fear, SROs can jump to conclusions and enforce a police mentality of ‘you’re in trouble, let’s take a ride’ instead of trying to de-escalate the environment by hearing a student's viewpoint. This can perpetuate a cycle of fear and stereotypes between students and teachers -- from students as young as kindergarteners and as old as high schoolers.

“Why is a teacher afraid of a 12-year-old Black boy?” says Tyrell. “We’ve become so used to managing inequities in education instead of trying to eradicate them, and now we need to come up with solutions.”

"We’ve become so used to managing inequities in education instead of trying to eradicate them, and now we need to come up with solutions." -#E4EBOS member Tyrell Adeyemi on school policing.

It doesn’t help that 14 million students attend a school with a police officer,  but no evidence-based support systems that are supposed to guide students, such as counselors, nurses, and psychologists -- even though there is no conclusive evidence that the presence of SROs makes schools safer.

Moving toward a reality where school is safe and inclusive for Black students and students of color, Tyrell says schools should be a community hub, where all employees are better equipped for working with students, their families and the neighborhood. That means moving away from an institutionalized education system -- one that focuses on testing, data and student numbers -- and moving towards a humane education system that focuses on the whole student. 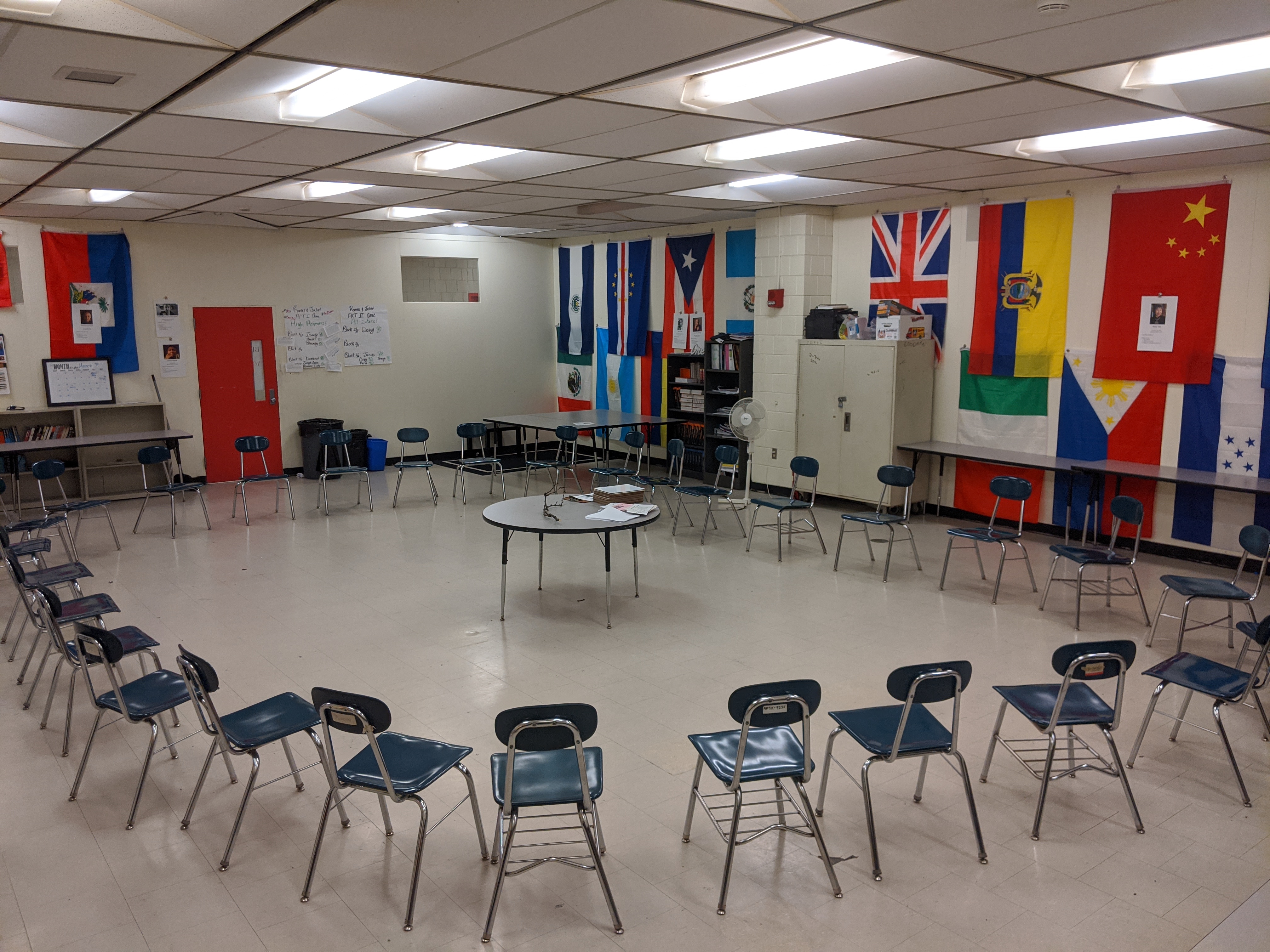 As for teachers who are questioning the removal of SROs with regards to school safety, Tyrell says he urges you to engage in conversation with other educators, examine data and research around police presence in schools, as well as their responses to gun violence.

“If you don’t truly feel safe in and outside the building, then maybe you should look into other schools,” Tyrell suggests, “But, first, I would encourage you to be part of the solution: build relationships, especially if you are working in a community you don’t live in, and work with colleagues and administrators to address behavior more restoratively -- because schools are safer when students feel seen and heard.”