Students Belong in Classrooms, Not Cuffs

The Trump Administration rescinded federal guidance issued in 2014 that gave teachers and schools the tools to more fairly and effectively discipline students without discriminating based on race, origin, or disability. Too many students of color and students with disabilities are disproportionately suspended or expelled - pushing kids into the school-to-prison pipeline. Rescinding the guidance and failing to put forward a concrete plan of how schools can end unjust discipline disparities reflects a true failure of leadership.

The Trump Administration has failed to lead, so we must turn our attention to state leaders and ensure they are doing everything they can to keep students in class, not handcuffs.

Contact your state legislators right now and ask them to commit to supporting efforts to reduce discipline disparities. We can’t afford for our state leaders to make the same mistake the Trump Administration has made. 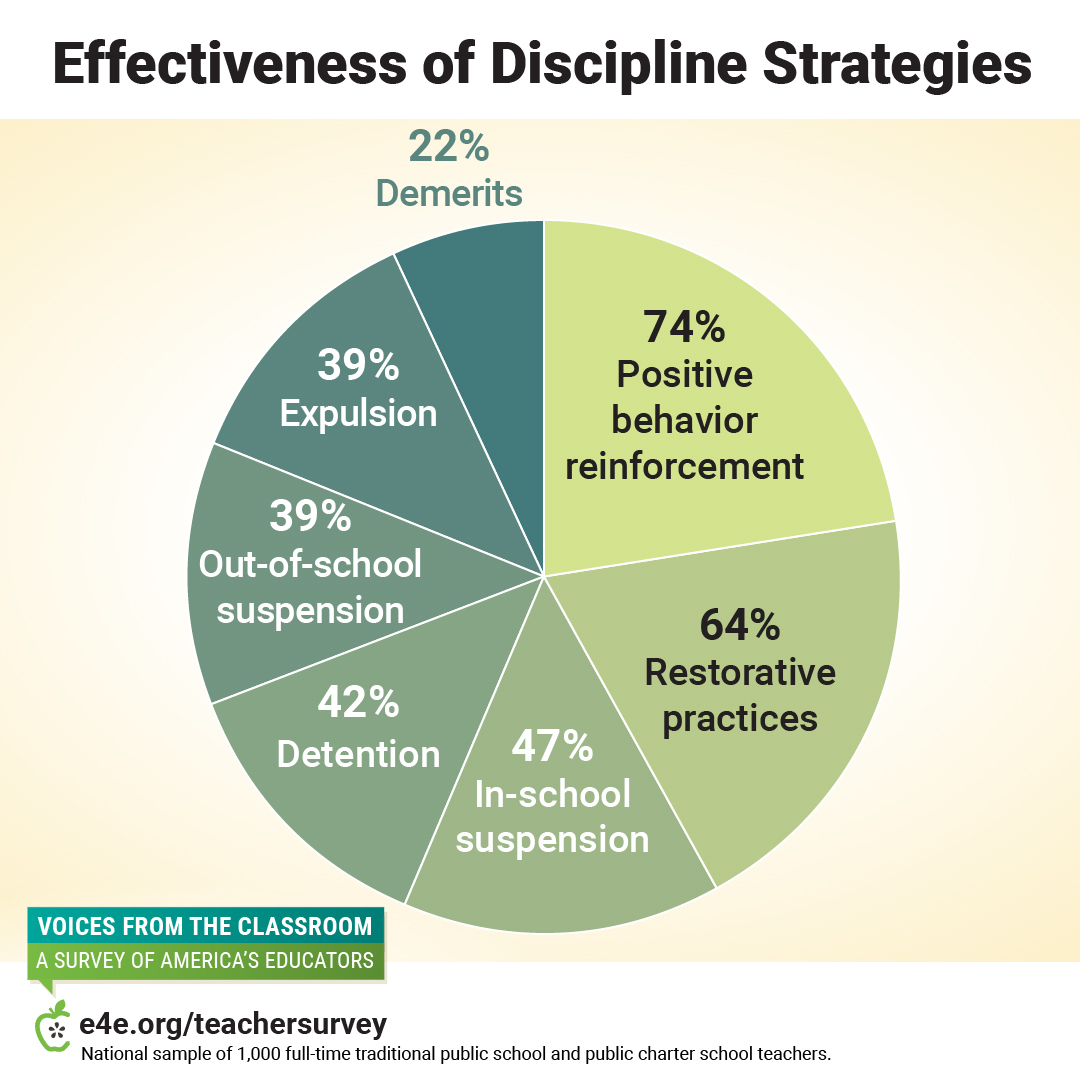 Our groundbreaking survey, Voices from the Classroom: A Survey of America’s Educators, found that teachers are concerned about school safety and want more training on how best to address school violence and improve student behavior using non-punitive strategies.

Conversations about school climate, school safety, and student discipline have become intertwined, as politicians, administrators, teachers, and the general public seek to understand the causes of school violence and the steps that can be taken to make schools safe places for everyone. More than seven out of 10 teachers believe positive behavior reinforcement is the most effective discipline strategy while 40 percent of educators want more professional development opportunities around alternatives to punitive discipline.

Since 2017, E4E teacher members and education supporters have taken action to show their support for federal guidance issued in 2014 that gave teachers and schools the tools to more fairly and effectively discipline students without discriminating based on race, origin, or disability.

Use the graphics below to ask your colleagues and friends to join you in taking action on social media.

Educator Efforts to Keep the Guidance

Since the launch of In Class, Not Cuffs in fall 2017, hundreds of members and supporters across the country have declared why discipline without discrimination is so critical for students and schools.

In this episode of Teacher Voice, hosts Cyndi and Brendan chat with Misti Kemmer, a fourth-grade teacher from Russell Elementary in Los Angeles, and Tynisha Jointer, a behavioral health specialist who works for Chicago Public Schools. The two educators discuss their own educational journeys, as well as their experience advocating in Washington D.C. as a part E4E’s #InClassNotCuffs campaign. The conversation zooms in and out, discussing the importance of the 2014 Discipline Guidance issued by the Obama administration and the potential consequences of rescinding it.

In January 2018, we teamed up with the Center for American Progress to lead a discussion on how school discipline guidance provided by the Obama administration in 2014 can help public schools eliminate discipline disparities and keep students. Watch the panel discussion moderated by E4E Co-Founder and Co-CEO Evan Stone.

Over 100 states, organizations, and districts are standing with us to support the crucial principles outlined in this federal guidance. E4E and The Discipline Revolution Project partnered with the following leaders and organizations to send a letter to U.S. Department of Education and the U.S. Department of Justice urging them to maintain the guidance. Read the letter and see our supporters below.