'Rebel with a Cause' awards honor eight inspirational educators and leaders 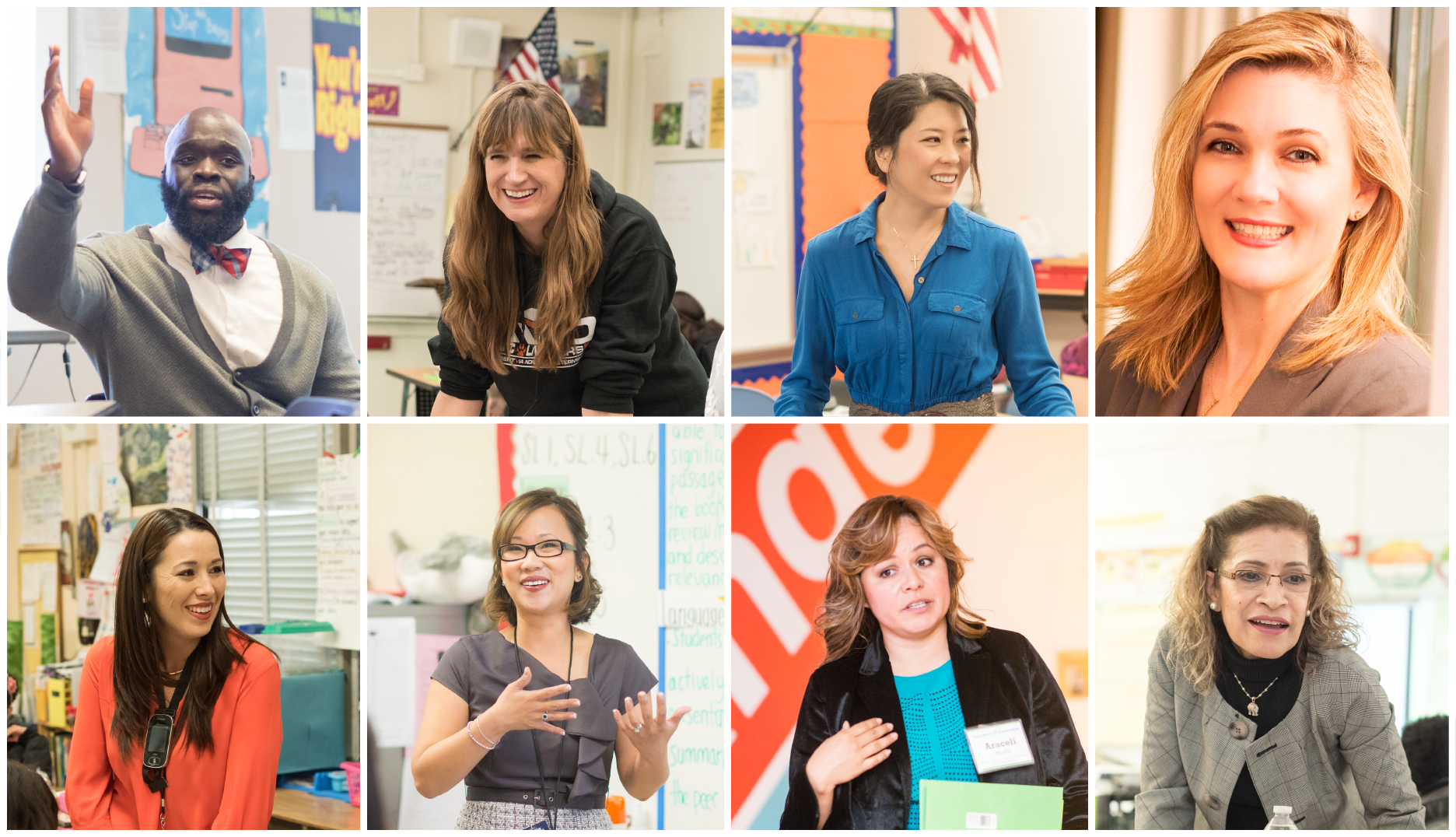 For five years, Educators for Excellence-Los Angeles has been building a movement of rebels who agitate the status quo by advocating for the students within and beyond their classroom walls.

To celebrate those who have been challenging and changing the system for students, E4E-Los Angeles recognized seven inspirational Rebel Educators and a Rebel Community Leader at the Rebel With a Cause fundraiser on March 29, 2017.

Learn more about our award winners.

Black and brown men and women are disproportionately represented in our state prisons and in the number of students suspended and expelled from schools, creating the public school to prison pipeline. To help disrupt this trend, Araceli is leading E4E members in forging partnerships with colleagues, parents, students, district and union leaders to create safer, more restorative school climates.

The right to a quality education is not enshrined in every state’s constitution, but it is in California. As congress sought to overhaul and reform education legislation, Misti has been working with E4E colleagues from across the country to encourage the federal government to fund, support and hold all states accountable for closing achievement gaps for students of color and those in poverty.

In 2010 , all schools in California adopted a new set of state education standards aimed at better preparing students for college and career, which raises the bar for teachers and students. Lovelyn, a California Teacher of the Year, recognized the need to support schools in meeting this higher bar and has worked with E4E colleagues and district leadership to invest in capacity-building, parent engagement and professional development for schools in South Los Angeles.

In 2013, the California Department of Education reported alarmingly high rates of suspension and expulsions for black and brown boys in LAUSD, which meant these students were spending more time receiving discipline and less time receiving  instruction. Motivated to action by this news, Christina co-authored a policy paper with E4E colleagues that has supported her advocacy with her union and district for better training and support for teachers in using alternative methods for discipline and improving school safety and climates.

Students do not have a union or contract, but they do have teachers like Marisa advocating for a student’s right to a quality education. Recognizing that she could play a role in helping her union leadership be more diverse, inclusive and focused on students, Marisa led an effort to elect dozens of student-focused teachers into union leadership positions where they are elevating teacher solutions to issues of student achievement, equity and teacher training and support.

It takes a village to raise a child from cradle to college, particularly when that child is struggling with issues of poverty, a language barrier or instability in the home or school. Recognizing that children need a range of supports and champions, Martha has partnered with E4E colleagues to advocate for equitable school funding in California and conducts “college readiness” trainings to help her school’s parents support their children in college preparation.

Gaps in achievement, lower graduation rates and higher rates of suspension and expulsion are compounding issues facing black and brown boys in public education. Seeing himself as a mirror and role model to these very students, Tunji has been authoring op-eds and policy papers, as well as providing public testimony to encourage our district and state to focus its reform efforts on improving outcomes for our most vulnerable students.

Our city boasts one of the largest economies in the world, yet the majority of LAUSD students aren’t graduating prepared to enter and thrive in college, which is key to helping families and communities climb out of poverty.  As the leader of an anti-poverty organization, Elise and her team unite civic, civil rights, labor, philanthropic and community leaders to prioritize closing gaps in access, achievement and lifetime opportunity for students in Los Angeles.

'Rebel with a Cause' awards honor eight inspirational educators and leaders