Juneteenth: A Celebration and Call to Action

As an eighth-grade social studies teacher, E4E-New York member Michael Simmon often discusses injustice with his students--including the structures and systems that create an unequal playing field for Black students and educators. 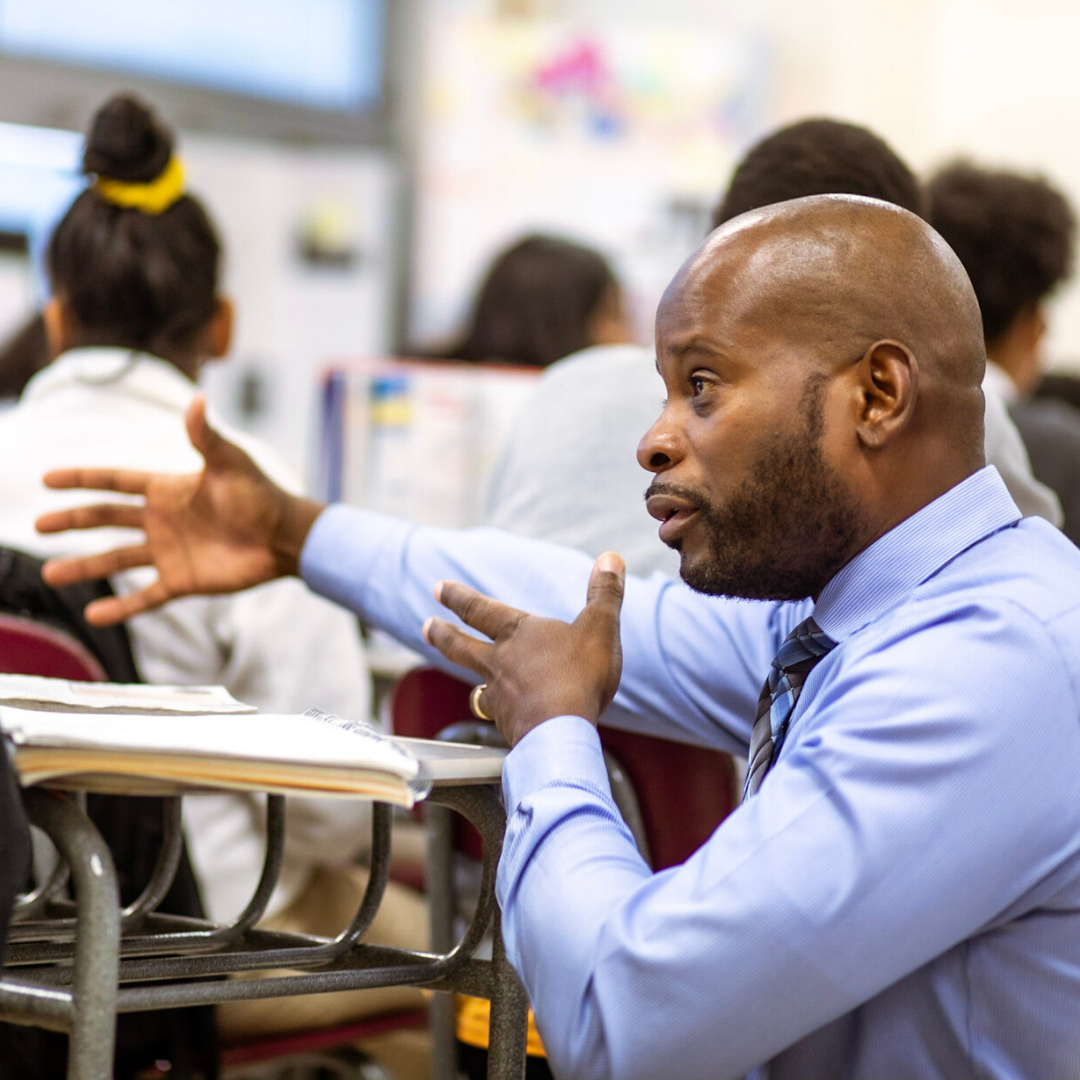 Michael says that an important responsibility of educators is to help build up their students’ self-image. That’s even more difficult when, as a result of institutionalized racism, students often don’t see themselves represented in the goals and futures they want to achieve.

One example hits especially close to home for Michael: his son, a 19-year-old college freshman, aspires to become an airline pilot. Less than three percent of U.S. commercial airline pilots are Black. Michael credits the teachers who have supported his son and encouraged him to reach his goals.

“The lights go out in students when they can’t see themselves reflected in the places they want to be,” Michael says. “Education and educators play a big role in changing this.”

And Michael has one more crucial addition to the curriculum everywhere: Juneteenth. He says that the celebration of Black freedom and achievement should not only be taught in all U.S. history classes, but also recognized as an official holiday in all 50 states.

“To educate is to get rid of ignorance,” Michael says. “Ignorance keeps institutional racism in place, and that’s what allowed Amy Cooper to falsely accuse a Black man of threatening her life. That’s what allowed a police officer to put his knee on George Floyd’s neck.”

“To educate is to get rid of ignorance. Ignorance keeps institutional racism in place, and that’s what allowed... a police officer to put his knee on George Floyd’s neck.” - Michael Simmon #E4ENY #Juneteenth

As our country grapples with the murders of George Floyd, Breonna Taylor, Ahmaud Arbery, and so many more, and the continuing pandemic, Michael hopes that the momentum of our current moment will lead to lasting change in individuals and institutions, including in education. “This is a fight that’s been going on since 1865. Everyone knows it’s unjust, and now they’re showing they’re ready to make some real change.”

Juneteenth: A Celebration and Call to Action